​James Luther Adams was a professor at Harvard Divinity School, Andover Newton Theological School, and Meadville Lombard Theological School, and a Unitarian parish minister. He is considered the most influential theologian among American Unitarian Universalists in the 20th century. His perspective of the “associational life” is shorthand for the web of social relationships through which each of us pursue joint endeavors to bring purpose and fulfillment to our life. We do not know if Adams was influenced by Alexis de Tocqueville whose nine-month trip to the United States resulted in his two-volume treatise Democracy in America. But, de Tocqueville observed that what gave the United States its unique character and strength was our proclivity to form associations of all kinds, and in so doing to see our interest in the shared interest of others. When planning your time at Chautauqua please consider attending not only our activities, but those of all of the Community Groups at Chautauqua that offer opportunities for you to share your interest with others.
​ ​ 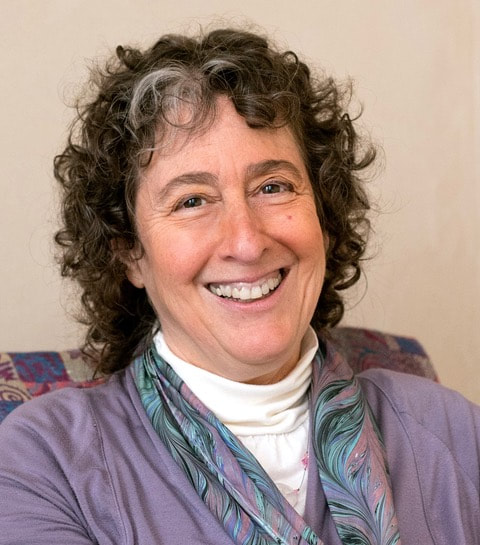 Carol Rizzolo
My name is Carol Rizzolo and I’m a Chautauquan and an organizer for The Center For Common Ground (CFCG), a group committed to reaching as many voters of color in voter suppression states as possible and getting them the information they need to cast their ballot.

In 2020 many of us watched in delighted amazement as voter turnout reached record highs in spite of the pandemic! But now many of us watch in horror at the backlash as the wave of voter suppression laws rolls across our nation.

Protecting the right to vote is foundational to our democratic republic and that is the project that UU CHQ will be engaged in this summer.
I feel strongly that it is a moral imperative that all who are able to mobilize again, do the work of getting the necessary information to those voters who have pretty much given up on figuring out their state’s new voter laws. In Florida for example, only 39% of FL voters of color voted in the last 3 primary election cycles, missing 2 presidential primaries! That means that 61%, over 1 Million / Florida voters of color, did not add their voices to choose their preferred candidates in the last 3 primary election cycles. Data show that voters who vote in the primaries are more invested in the election process and are 85-90% more likely to vote in the general elections. The laws are complicated and intended to disenfranchise voters of color. Time to fight back!

This summer CHQ UU’s lofty goal is to distribute a total of 1000 packs of 20 cards each with addresses and scripts all set for you to write to voters of color in Florida and Virginia with information on how to check their voter registration, where they can vote and what they need to bring with them to the polls. Yes!

You read that right! 20,000 postcards total from CHQ this summer! You write the cards while you are here, buy the stamps from our wonderful post office and drop them in the mail. This work is so important and we hope that you will participate in the work of saving our Democracy! We all know that within voting lies the power to make change. Card packs will be available every week at our Sunday service as well as at the UU House. Let’s get this done! 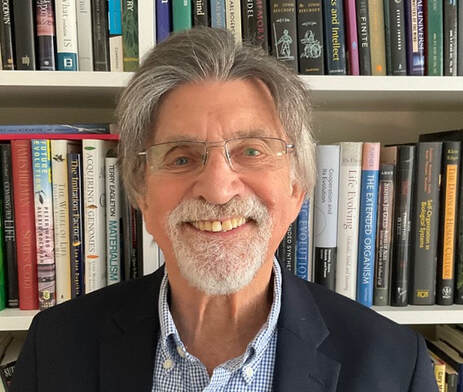 John Hooper
​Humanism is an approach to life based on reason and our common humanity. There is widespread misunderstanding about what it means to be a humanist, or to live a life without religion. Neither seeking converts nor selling a secular approach to life, the Humanist Community seeks only to provide a place for those people who freely choose to explore a way to look at the world as something that is within the power of humans to make better.
​
This is the first year the UU House will host an introductory class on Humanism to be taught by John Hooper. This class will provide you with a deeper understanding of the humanist approach to life and of how humanists answer some of life’s big questions. The class is on Mondays at 3:30 p.m. Space is limited. Sign-ups are available after the Sunday service.

This Initiative is made possible by The Gulf Coast Community Foundation.

John Hooper, Ph.D., is a retired scientist and industrial research director, having pursued a career in molecular imaging and spectroscopy. Hooper has held local and national leadership positions in organizations involving naturalism, Humanism, and Unitarian Universalist (UU) social action. He is treasurer of the American Humanist Association (AHA) Board of Directors (and chair of that board’s Finance and Strategic Planning Committees); a trustee of the Humanist Foundation; a board member of The Institute for Humanist Studies. He recently served as a trustee, treasurer of the board, and finance committee chair of the UU Church of the Larger Fellowship. John also serves as a Trustee of the UU Fellowship at Chautauqua and leads the Humanism Initiative. Dr. Ed Bastian
The Fellowship will be hosting Dr. Ed Bastian, Founder of the Spiritual Paths Institute during Week Five. At the Smithsonian Institution, Bastian served as Director of programs on BioDiversity and Intellectual History, where he taught courses and moderated programs on Buddhism, world religion and Tibetan human rights.

He co-produced the Smithsonian’s first interactive multimedia production called “Life Story” with Lucas Film and Apple Computer.  He has lectured, presented scholarly papers and his films in the U.S., England, Japan and India. Bastian is an award-winning executive producer of television programs on Asian religion for the BBC, PBS, and the National Endowment for the Humanities. He is also a faculty member of Antioch University in Santa Barbara where he teaches courses on Buddhism, Mindfulness Meditation and religion.

​He has led dozens of retreats and programs at such organizations as the Parliament of World’s Religions, the Chaplaincy Institute, One Spirit Interfaith, CIIS, Omega, Esalen, Hollyhock, La Casa de Maria, Garrison Institute, the Aspen Chapel and the Aspen Institute. He is the author of the award winning “Living Fully Dying Well,” as well as “Mandala, Creating Your Spiritual Path,” and “InterSpiritual Meditation, A Seven- Step Process from the Worlds Spiritual Traditions.”
​
To learn more about Ed and the Spiritual Paths Institute please see www.spiritualpaths.net.